The Time Now > Astronomy > Voyager I

Voyager I. © based on NASA images

Voyager I is a space probe that weighs 722 kg launched in September 1977 by NASA. It was sent to space to study outer parts of the solar systemand the interstellar space. 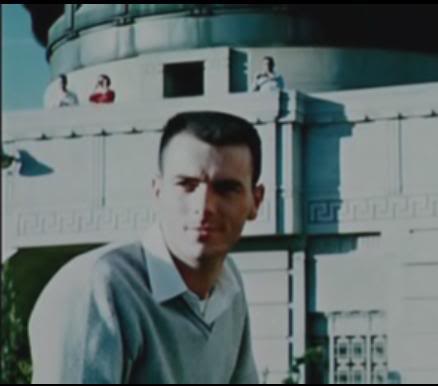 As on the 29th of November 2012, it has been operational for more than 35 years and 2 months. It is currently at a distance of about 1.840 x 1010 km from the earth and is the farthest manmade object. Currently, Voyager I is presumed to have crossed the heliosphere and made its journey into the interstellar space. It is the longest operating spacecraft in the history of mankind. The spacecraft communicates by receiving regular commands and sending messages and data back to the earth.

Voyager I is traveling in space on an extension with its scheduled first phase of operation ending in 1980. The task of exploring the boundaries of the solar system has been assigned to this space probe.

How the Voyager program came into being

The construction and mission of Voyager I came into being as part of the ambitious Planetary Grand Tour which wanted to send unmanned probes to study planets and other objects at the outer end of the solar system. This program was conceived by aerospace engineer Gary Flandro (Jet Propulsion Laboratory) in the late 1960s to exploit the once-in-175-years alignment of the five planets - Jupiter, Saturn, Uranus, Neptune and Pluto - scheduled to occur in the late 70s. The space probe was proposed to be taken to the outer limits using the ‘gravity assist’ technique which had just gained popularity then.

The technology employed was intended to carry the probe using a minimum amount of propellant and small transit duration between the planets. Initially set up to be a part of the Mariner Program that was to investigate the planets of Venus, Mercury, and Mars, it was later designed to just fly by Jupiter and Saturn because of budget constraints. The probe was initially given the name Mariner Jupiter Saturn Probe. The name was, however, later changed to Voyager when the designs of the probe grew to be starkly different from those of the Mariner.

The Voyager space probe carries in it an audio-visual disc that is gold plated in the eventuality that the craft is intercepted by intelligent forms of life in space and information can be exchanged. It carries photographs of the earth as well as recorded sounds in the form of speeches from famous people, Mozart’s music, and the cry of whales and children.

The design of Voyager I was pioneered by the scientists at the Jet Propulsion Laboratory. It is designed with 16 thrusters of hydrazine (an inorganic flammable liquid compound), referencing instruments, and gyroscopes along the three axes to keep the satellite oriented in the right direction in space. 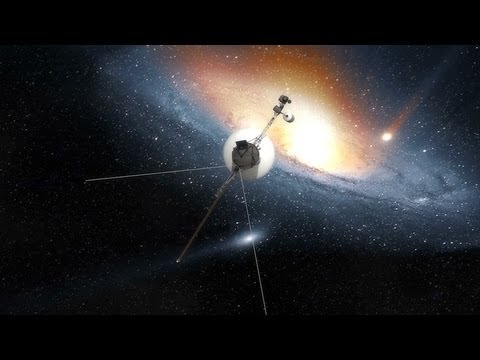 Our Solar System from Voyager. © NASA

The referencing instruments are helpful in keeping the radio antennae pointing towards the earth. It is also provided with 8 backup thrusters and 11 more scientific instruments to study the various planets and other objects in space as it flies past them.

Voyager I’s communication system is designed to last the long duration of this space probe’s flight. The system comprises of a parabolic dish antenna about 3.7 meters in diameter. It is through this antenna that radio signals will be sent and received from space stations located on the earth. The signal waves are modulated and use the S-band and X-band frequencies. The data processing rate was about 115.2 kbps when Voyager I was near the planet Jupiter. At times when Voyager I is unable to communicate with the earth directly, it uses a digital recorder to record up to 62,500 kb to relay at a later point in time. The time taken for the messages to reach the earth in this case is decided by the straight-line distance between the probe and the earth. Typically, it was about 16 hours as recorded in February last.

Voyager I journey has been powered with the help of three radioisotope generators(thermoelectric), each of which contain 24 numbers of plutonium 238 oxide spheres. During the launch, about 450 watts of electric power was generated by the three generators. 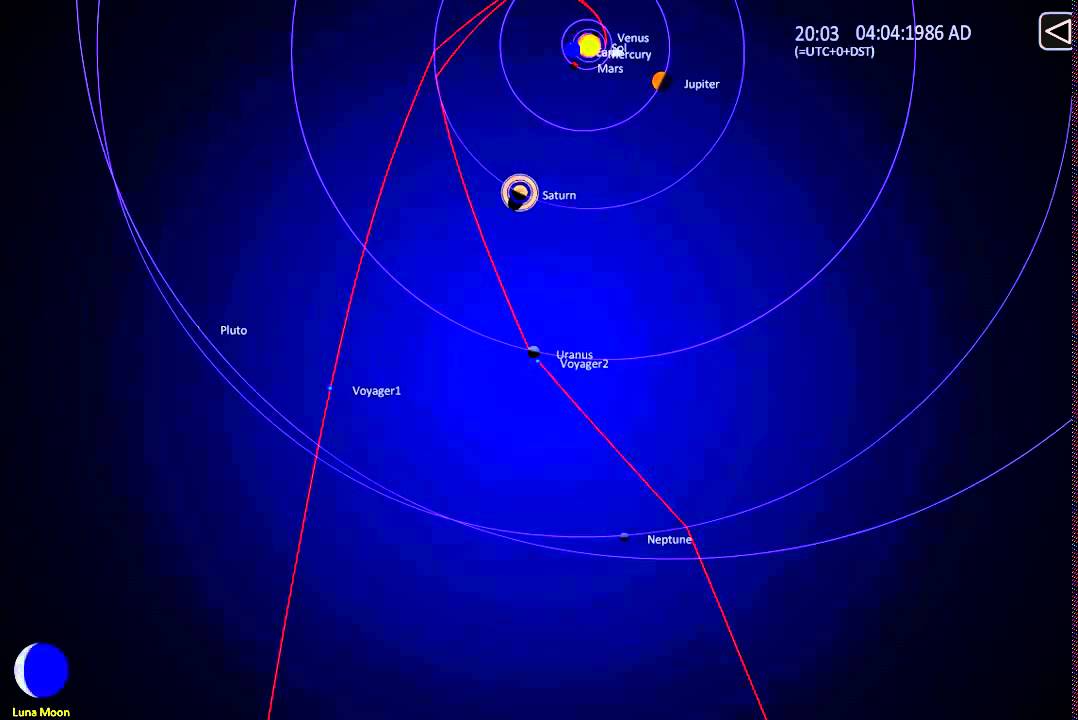 The power output is expected to reduce by half every 87.7 years of operation. It is expected that the generators of Voyager I will support many of the operations up to the year 2025.

Whereas a plasma spectrometer and a photopolarimeter system have turned defective, a cosmic ray system, ultraviolet spectrometer, triaxial magnetometer, plasma wave system, etc., are some of the scientific instruments that are active among others.

Launch of Voyager I and its journey

Though Voyager 2, Voyager I’s twin probe, was launched about a couple of weeks earlier than the latter, Voyager I reached the planets of Jupiter and Saturn at an earlier date because it followed a shorter path. Voyager I was closest to Jupiter during March 1979 at about 349,000 km from the center of the planet. It had started taking photographs of the planet as early as January in the same year. Most observations about the planet’s characteristics were made during the 48-hour close sojourn of the probe. The planetary rings were first discovered and then volcanic activity on the moon Io was observed for the first time and so were many more important facts.

Voyager I flew by Saturn in November 1980, and the closest approach was on the 12th of the month in the same year. The space probe studied Saturn’s giant moon called Titan and its atmosphere and other complex structures found in the rings around the planet.

A decade later Voyager I took the photo of our solar system in entirety as seen from the outside. In the year 1998, the space probe overtook Pioneer 10 (the first space craft that traveled through the asteroid belt) to become the most distant functioning manmade space probe that transmits and receives signals to and from the earth. The eternal mission of the probe is to study the interstellar medium. Its current speed is about 17.26 km/second. 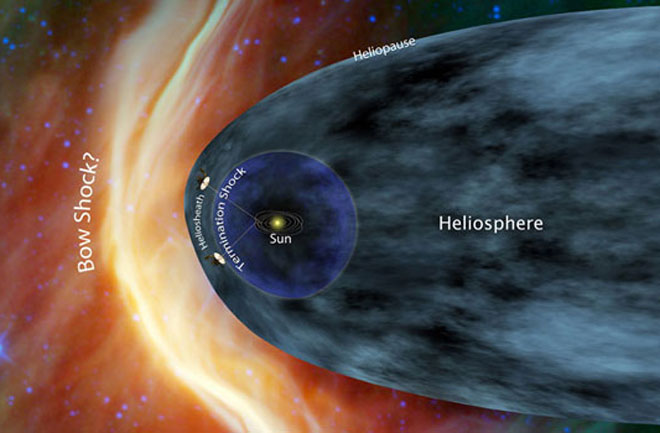 For the last two years Voyager I has been at the edge of the solar system or the heliopause. This region has electrically charged particles moving outward from the sun counterbalancing the inward flow of gas and dust from the interstellar space. The detectors of Voyager I have indicated that all the solar wind had died down and the solar particles at the current location are at a standstill.

Voyager I‘s exit from the solar system heralds a new era of discoveries in the interstellar space and is a historic event in the field of space exploration.