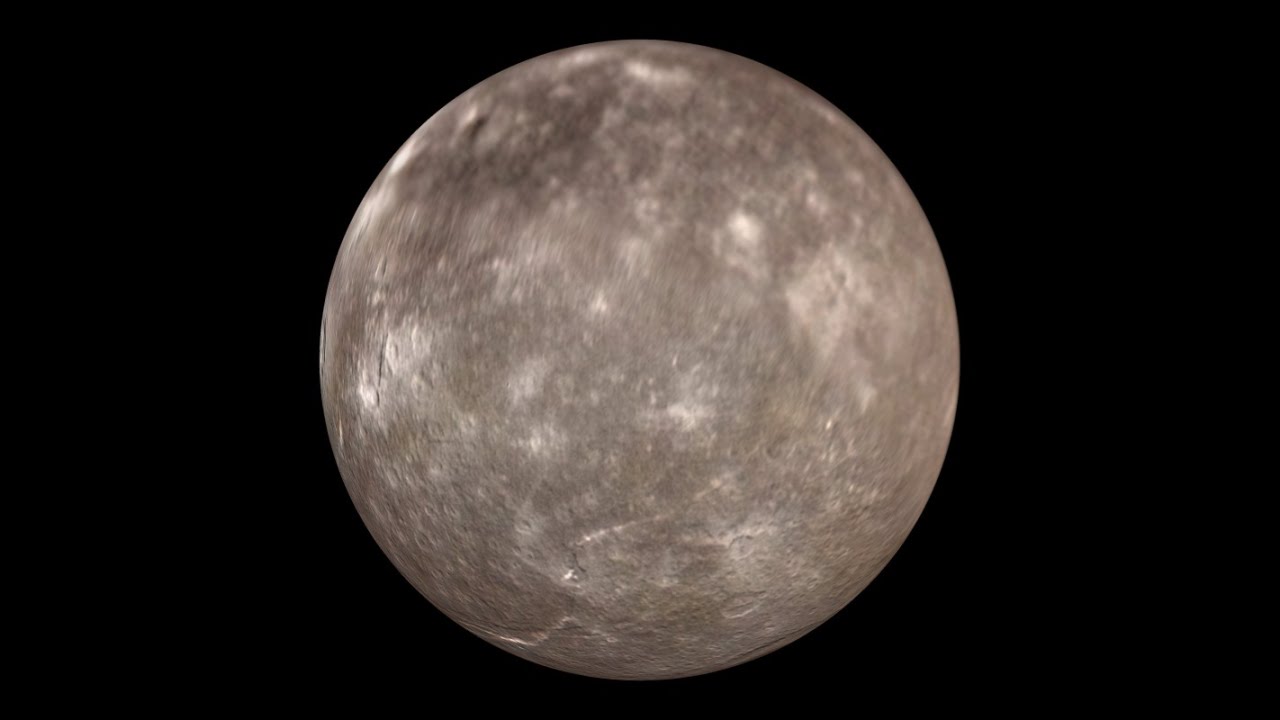 Titania. © based on NASA images

Titania is about half as large as Earth’s moon, roughly 1,000 miles or 1,600 kilometers in diameter. Titania orbits Uranus every 209 hours. Titania, like many other outer planet moons, is tidally locked. This moon also rotates once per orbit, giving Titania a “day” of 209 hours.

Titania orbits at almost zero degrees inclination from Uranus’ equator, which is remarkable given that Uranus essentially rotates on its side. 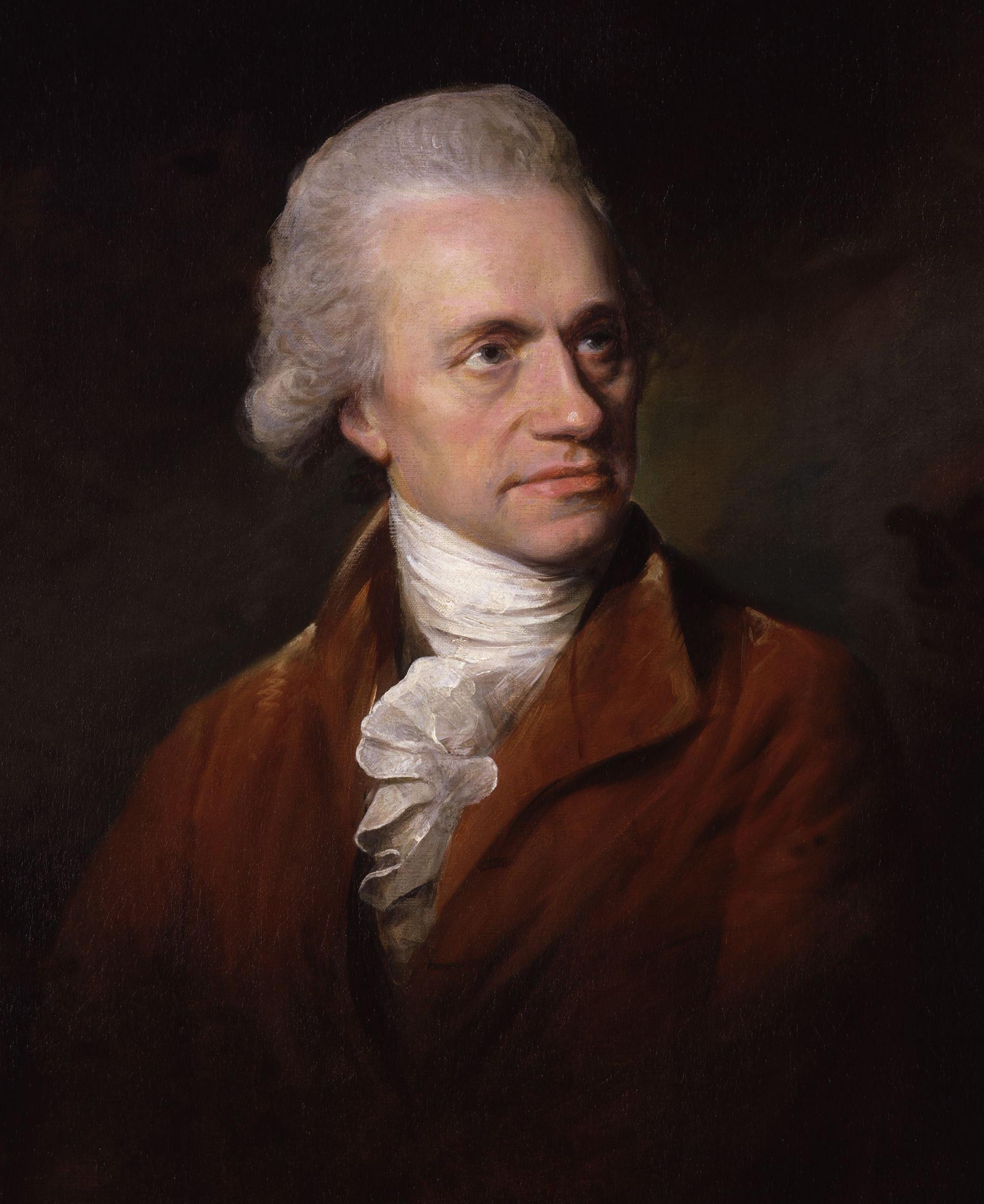 Titania was discovered in 1787. The name comes from the queen of the fairies in one of Shakespeare’s plays. Titania’s husband in the play is Oberon, which is the name given to another of Uranus’ moons by Titania discoverer William Herschel. Titania is the larger and closer of the two great Uranian moons. Uranus also has three more large moons and more than 20 small moons. Because of the discoverer’s penchant for naming Uranus’ moons for characters out of Shakespeare, later astronomers kept up the tradition, naming features on Titania and the other moons of Uranus. Most new moons and craters are named for characters out of Shakespeare’s comedies, while major features like grabens and flat planes are named for places out of the plays. Titania is thought to have formed from the rocky material that coalesced around Uranus as the planet forms. This would make the moon about four and a half billion years old. However, its surface has few craters.

It is suspected that Titania suffered an endogenic event. The planet was warmed, melted and reformed its surface. This process left giant canyons as well. It is possible that this reforming occurred at the same time that Uranus was literally knocked onto its side. It is thought that Titania’s interior expanded at some point after its formation, causing the formation of giant cracks called scarps on its surface. The expansion of Titania’s interior cracked its frozen exterior. This may have occurred if it had a liquid water-ammonia ocean that later froze. This theory is supported by the few craters across these scarps, suggesting that they haven’t had much time geologically to be marred by many craters.

Titania is marred by grabens, giant, raised parallel faults. Similar features can be found on Earth in places like Canyonlands National Park in the United States and African Great Rift Valley. The valleys between the grabens are called scarps. The largest graben on Titania is called Messina Chasma. 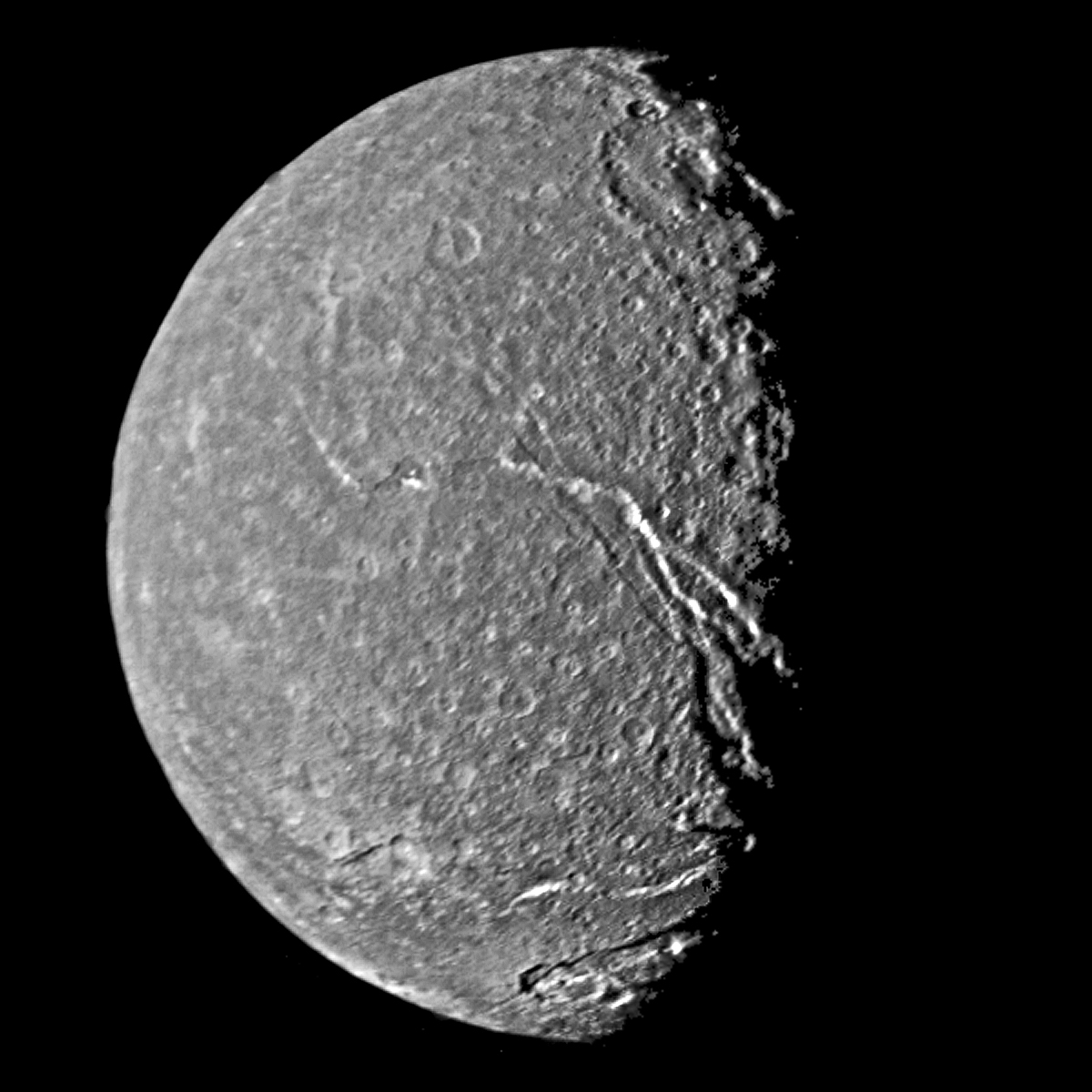 This 1,500 kilometer fault runs northwest to southeast. Belmont Chasma or “canyon” runs east on Titania and is about 260 kilometers long. It cuts through the crater Ursula. Rousillon Rupes or “scarp” is the name given to another, large scarp. Most of the scarps are named for places in Shakespeare’s plays.

Many of the other named craters were given names from Shakespeare. There is Valeria, Mopsa, Lucetta, Marina, Phrynia, Iras, Bona, Adriana, Imogen and Calphurnia. Other craters have conventional British names like Katherine, Elinor and Jessica. If Titania has an atmosphere, it is miniscule. Any atmosphere would comprise of carbon dioxide slowly replenished by exposure of frozen carbon dioxide to sunlight. If there is an atmosphere, it would be one billionth of the atmospheric pressure of Earth’s atmosphere. The surface of Titania hovers between sixty and ninety degrees Kelvin; this temperature is not very far above the point where molecular hydrogen freezes and becomes a solid. It is possible that Titania’s atmosphere is seasonal, only developing during the moon’s 42 year summer during Uranus’ 84 year long trip around the sun. This would mean that only the side of the moon in summer has an atmosphere, while the dark side of the moon’s atmosphere is frozen. Titania may have had a thicker atmosphere in its past, since Uranus’ magnetosphere would strip any gaseous particles from the moon’s surface.

Uranus is extremely cold. While it has a magnetic field, this magnetic field seems to originate from a water-ammonia ice ocean around its solid core instead of a molten core. Uranus does not generate a significant tidal pull on Titania, nor does the planet generate heat that warms its moons. Titania doesn’t reflect much sun light since it is mostly comprised of rock and ice. While it probably contains water ice, it is cold enough to contain frozen ammonia and carbon dioxide.

It is likely that Titania has stratified internal layers. For example, Earth has a molten core, a semi-liquid mantle and a solid surface. Titania has experienced significant tidal forces in its past and could have had tidal heating or geothermal heating powered by Uranus’ magnetosphere. This would allow Titania’s original rock and ice mixture to warm, coalesce and reform. This would create a solid rock core, a mantle of ice mixed with ammonia and rock and a crust of ice. This remolding of the planet would explain the relatively young surface of the moon and how its graben formed. There may or may not be a liquid layer today between the icy surface and rocky core. If Titania had an underground ocean, it would have to have significant quantities of liquid ammonia to avoid freezing at the moon’s current, low temperatures.

Another possibility is that Titania had radioactive elements in the rocky material the coalesced to form the moon. The radioactive heating as the moon formed would help the core solidify while lighter elements migrated to the surface. If the core was heated by radioactive decay, this ended within a few hundred million years of the moon forming.

As the radioactive material settled in the core, the heating would cause Titania to expand. This would create cracks and fault lines on the frozen surface while helping smooth out any existing craters.

Uranus’ moons have been studied using infrared reflectance photometry from Earth. M. J. Lebofsky and G. Rieke were pioneered this work in 1981. Voyager 1 was not able to pass by Uranus. Voyager 2 arrived at Uranus in 1986. That trip only revealed detailed pictures of 40% of the moon’s surface. There are several proposed missions to Uranus and its moons, but there are no missions planned by any space agency at this time.