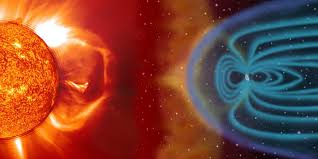 The powerful force of the solar wind interacts with the Earth. The head, legs and body of the blue ”spider” are actually the Earth’s magnetic field lines whereas the round ball on the spider’s “neck” represents our planet. © Steele Hill/NASA

What is the solar wind? 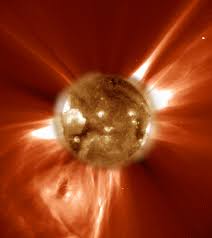 Coronal mass ejections of the Sun. © Courtesy of SOHO/LASCO consortium

What are the effects of the solar wind on Earth? 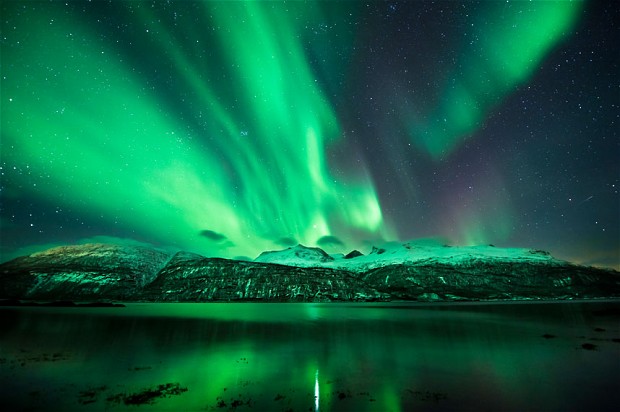 One of the most dramatic effects of the solar wind on Earth is the Aurora Borealis. The solar wind strikes the Magellan Belt, the protective magnetic field around the Earth. The variations in radiation and magnetism on the charged particles cause the waves of light that dance at the northern and southern poles. Solar flares and an increased solar wind increase radiation levels that interfere with satellites in Earth’s orbit. Severe solar flares can even interfere with electronics and cell phone communication on Earth. In 1989, a solar storm disrupted electrical power lines and telecommunications across Earth. As the proliferation of wireless technology grows the impact of solar flares and peaks in the solar wind only increase.

There is currently debate as to the impact of the solar wind on Earth’s temperature. The Sun generates the heat that keeps Earth warm and livable. When solar output increases, the Earth grows warmer. Sun spots and the solar wind are both byproducts of the Sun’s internal processes. While a greater solar wind does not mean that the Earth will get hotter, increased activity in the Sun that makes it hotter will warm the Earth while increasing the solar wind’s speed and density.

How does the solar wind affect other planets and bodies?

The solar wind is the force that causes comets to have tails that point away from the Sun. The solar wind is also the force that carries away molecular hydrogen when water and hydrocarbons are broken up by the Sun’s UV rays. The loss of Mars‘ magnetic field allowed the solar wind to carry molecular hydrogen into space as UV broke down water vapor in its atmosphere. This is why Mars has no water and little water vapor but abundant oxygen isotopes to bind with its iron rock surface. The solar wind took away the hydrogen while the free oxygen bound with the rock because that was all that was left behind. 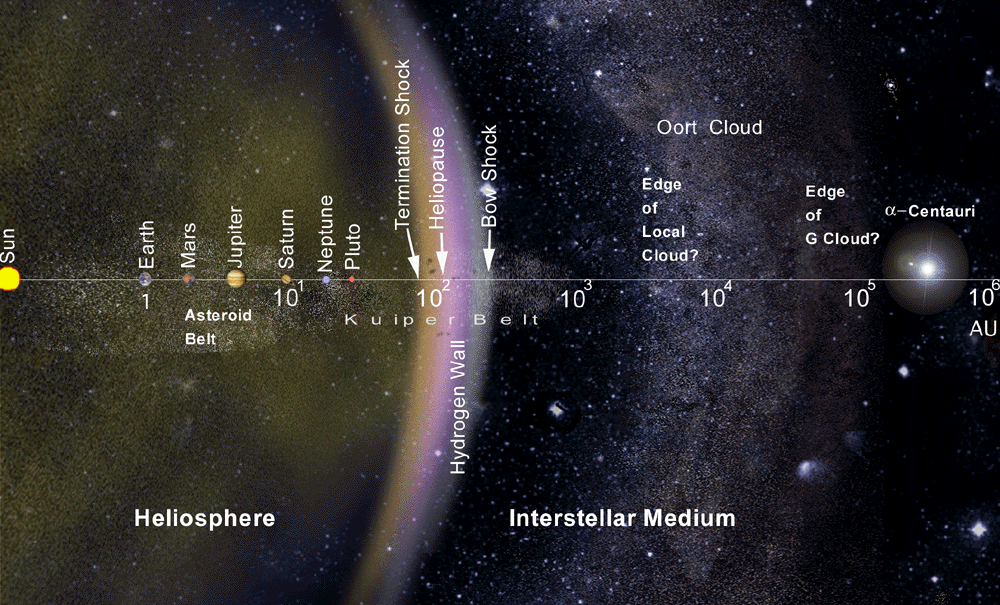 The heliosphere is made up of charged particles. © NASA/Feimer 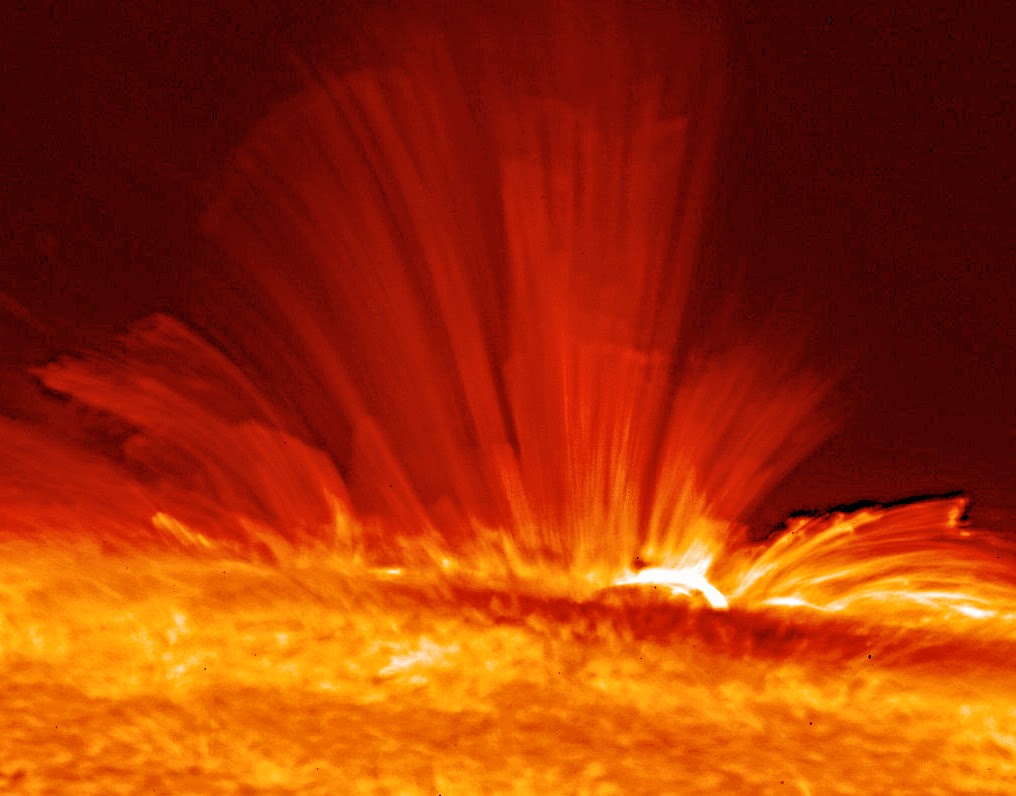 The Helios probes were launched in the mid-1970s and entered orbit around the Sun to study it. Both probes were a joint effort by American and West German scientists. The Advanced Composition Explorer or ACE is a satellite launched in 1997. It was located at Lagrange Point 1, an orbital point where the pull of the Sun and the Earth are equal. This means that it will remain in that orbit until it fails. The ACE satellite monitors the solar wind and sends this data back to NASA. You can view data from ACE on the National Oceanic and Atmospheric Administration or NOAA space weather website.

The Ulysses spacecraft orbited the Sun twice. The Ulysses measured the solar wind, the Sun’s magnetic field and molecular composition. It was retired in 2009. 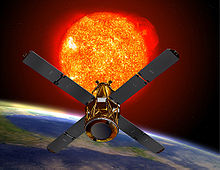 There has been an ongoing stream of spacecraft sent by NASA to study the Sun. RHESSI, launched in 2002, is a satellite carrying a solar spectroscopic imager. It was sent to study the energy release that accompanies solar flares and the particle acceleration patterns in the accompanying solar wind. The Cosmic Hot Interstellar Plasma Spectrometer or CHIPSfor short was launched in 2003. The Interstellar Boundary Explorer or IBEX was launched by NASA in 2008 specifically to mark the boundary between the Solar System and interstellar space.

It discovered that the solar wind does not generate a bow shock as it slows down from supersonic speeds.

The SOHO spacecraft is a solar observatory. While it focuses on the Sun, it has also discovered over a thousand comets. ARTEMIS was launched in 2007. It studies the impact of the Moon and Earth on the solar wind. ARTEMIS was originally part of the THEMIS mission to study the Earth’s magnetic field and the aurora borealis.

Solar Probe Plus will be into the Sun’s corona to answer questions as to why the solar corona or gaseous layers are hotter than the photosphere, its surface. It is tentatively scheduled for launch in 2015. The American space agency is not the only organization studying the Sun. The solar satellite Hinode was launched by Japan. Its name translates into English as “sunrise”. Japan also collaborated with NASA to build the GEOTAIL satellite to study the Earth’s magnetic tail.