What are dwarf planets? 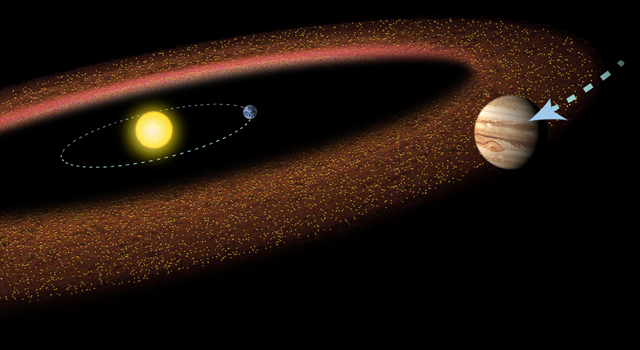 Dwarf planets must be large enough and massive enough for its internal gravity to pull it into a round or nearly round shape. They must orbit the Sun; interstellar bodies from deep space would not count.

Most dwarf planets are rocky bodies with a layer of water ice or frozen hydrocarbons. All of the plutoids are freezing, with surface temperatures ranging from -350°F to -400°F or -217°C to -243°C.

Why do we have the category "Dwarf Planets"? 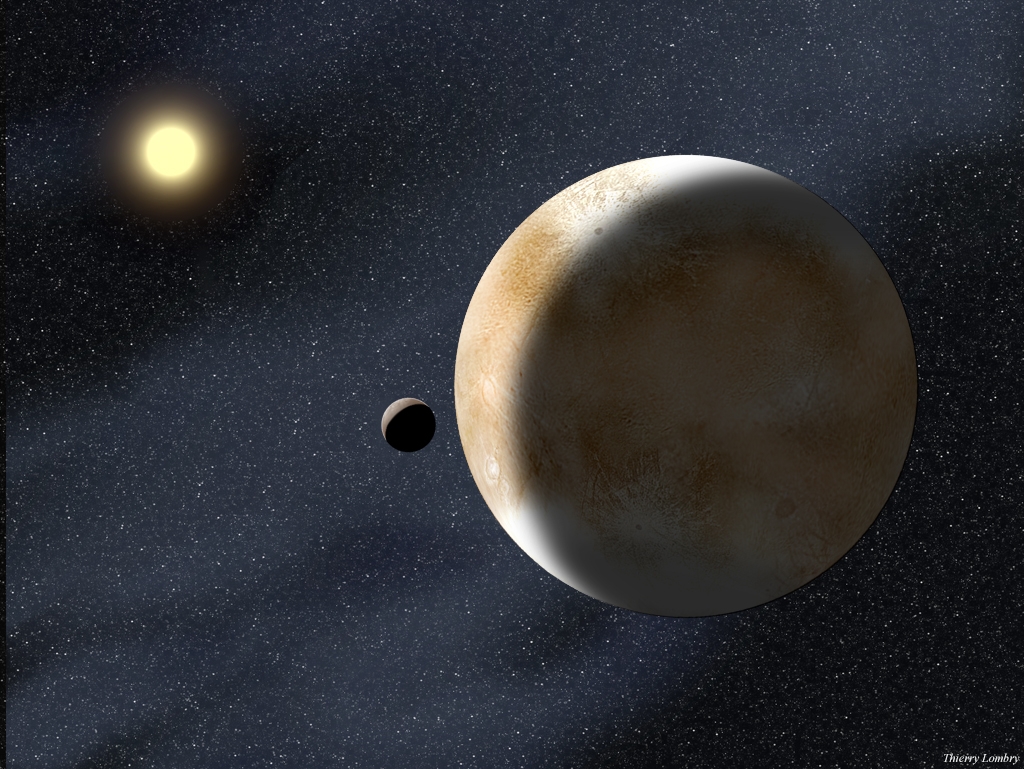 Pluto was originally considered one of the nine planets in our solar system. This theory was turned on its head with the discovery of other planetoids farther out that were as large or possibly even larger than Pluto.

The discovery of Eris, a dwarf planet the same size as Pluto, occurred in 2003. Eris triggered the debate about what was really a planet.

There was astronomical society meetings debating whether or not to add several new bodies to the formal list of planets or create a new category for bodies smaller than major planets but considered separate from asteroids. In order to avoid constantly amending the formal list of “planets“, the category of “dwarf planets” was created. The category of dwarf planets was officially adopted by the International Astronomical Union in 2006.

Pluto was demoted from planet to dwarf planet and put in the new category with recently discovered bodies.

What are the dwarf planets in our Solar System? 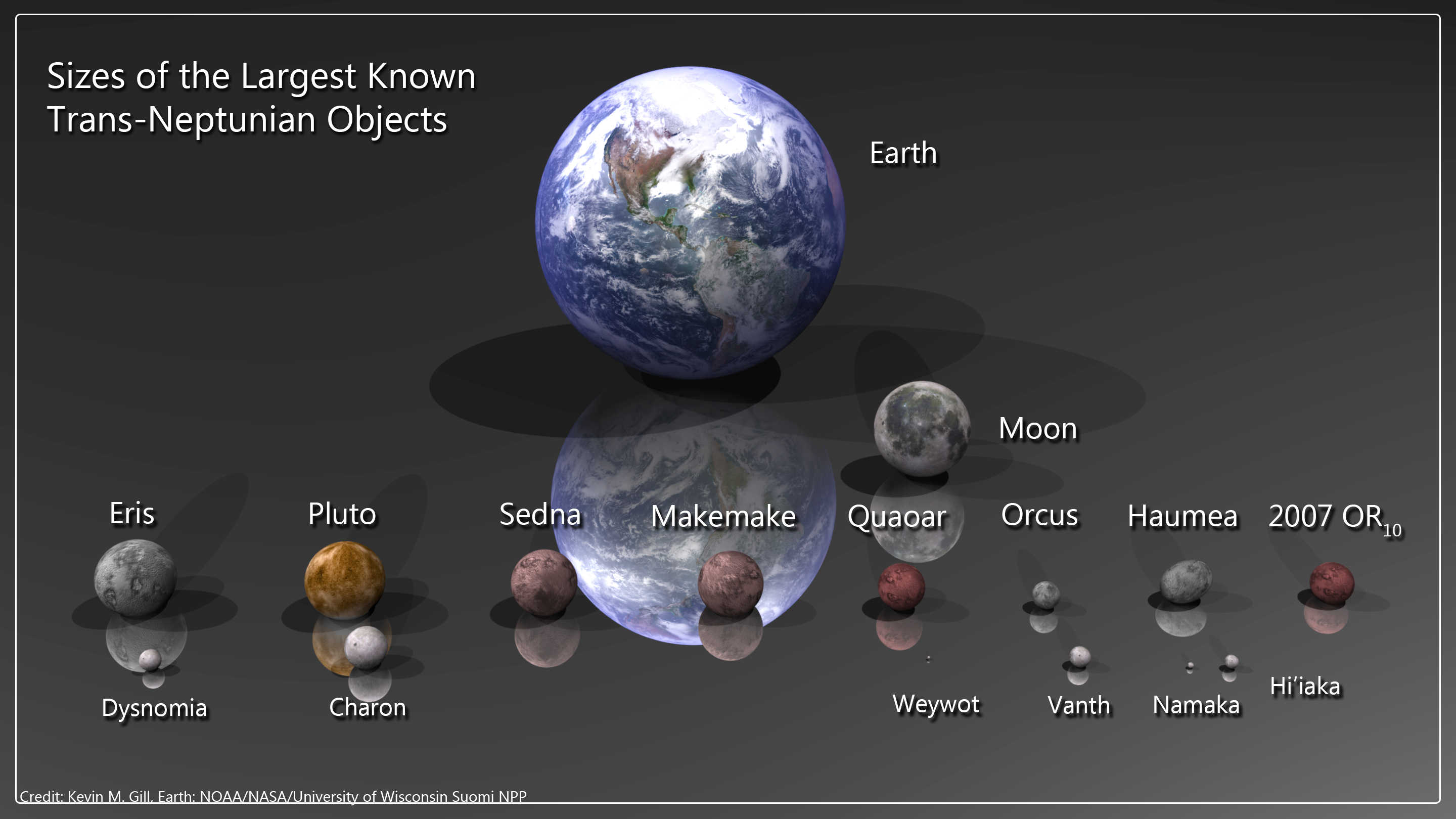 Eris is in a long elliptical orbit that takes 557 Earth years. Eris is named for the Greek goddess of discord. Eris has a satellite Dysnomia. Dysnomia is named for the mythical daughter Eris, a demon of lawlessness.

Makemake and Haumea are dwarf planets named for Polynesian deities. Makemake was discovered in 2005, shortly after Eris, and classified as a dwarf planet in 2008. Makemake has frozen nitrogen on its surface, and it orbits the sun every 310 years. Makemake does not have any known moons.

Haumea is a dwarf planet in the Kuiper belt. Rotating every four hours, it is one of the fastest rotating bodies in the solar system. This rapid rotation may explain Haumea’s ovoid shape; it would be round if not for the spin of the body forcing it into an oval. Haumea has two moons of its own, Hi’aka and Namaka. The name Haumea comes from the Hawaiian goddess of fertility and childbirth. The two moons, discovered in 2005, are daughters of Haumea in Hawaiian mythology.

Sedna is one of the most distant known objects in the solar system, about 31 times farther from the Sun than Neptune. Senda completes one orbit roughly every 11,400 years. Sedna is very red due to the tholin compounds on its surface. Sedna has no known moons, though it is thought to have one due to its slow rotation. Sedna is named for an Inuit goddess of the sea and mother of the deep.

Pluto has been known for over a century, with its existence theorized before it was seen due to the gravitational influence it had on Neptune. Pluto’s known moons to date include Charon, Nix and Hydra along with two moons only given letter and number combinations. Orcus was discovered in 2004 by astronomers from Yale University. Orcus has one known moon called Vanth. Orcus is locked into an orbital resonance with Neptune, orbiting three times for every two orbits Neptune completes. Orcus orbits the sun every 247 years. Orcus is named for an Etruscan god of the dead. 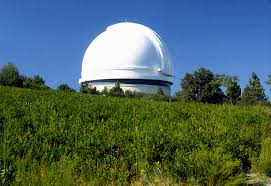 Quaoar is a dwarf planet in the Kuiper belt first located in 2002. It was also caught on an astronomical image in 1954 by Palomar Observatory, though it wasn’t identified as a planet or dwarf planet at that time. Quaoar is named for a Tongva creator god. Quaoar has a single known moon, Weywot. Varuna and Ixion are proposed dwarf planets. Varuna is a dwarf body named for a Hindu deity. It is thought to be as large as Ceres, already classified as a dwarf planet. Size estimates for Varuna range from 500 to 1000 kilometers across; Varuna may eventually be classified as a dwarf planet once its size is proven. Ixion is another probable dwarf planet in orbital resonance with Neptune. It is about 650 kilometers across and has a layer of water ice and tholin on its surface. Ixion’s orbit takes it about 250 years to complete one trip around the sun. 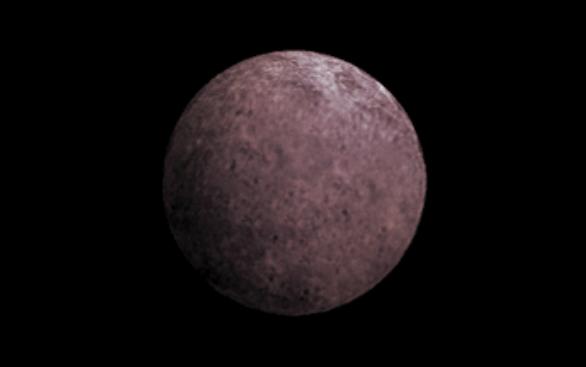 Artist's conception of the dwarf planet 2007 OR10, nicknamed Snow White. Astronomers believe the pinkish color is due to the presence of irradiated methane. © NASA

Other dwarf planets have been discovered but not yet formally named. The designation of these bodies starts with the year in which they were discovered followed by a combination of letters. 2003 EL01, 2005 FY9, and 2002 TX 300. Dwarf planet 2007 OR10 is the largest body in the solar system without a formal name.

Is this dwarf planet a cubewano?

The term cubewano is used to refer to Kuiper belt objects that have an orbit beyond Neptune but are not in an orbital resonance with Neptune. Makemake, Quaoar and Varuna are dwarf planets that are also considered cubewano. Several other asteroids are cebewano but not dwarf planets, such as 19521 Chaos, 88611 Teharonhaiwako and 2002 AW1197. Haumea was originally thought to be in orbital resonance with Neptune, but further examination found that this was not so. So Haumea is not a cubewano, though originally thought to be one.