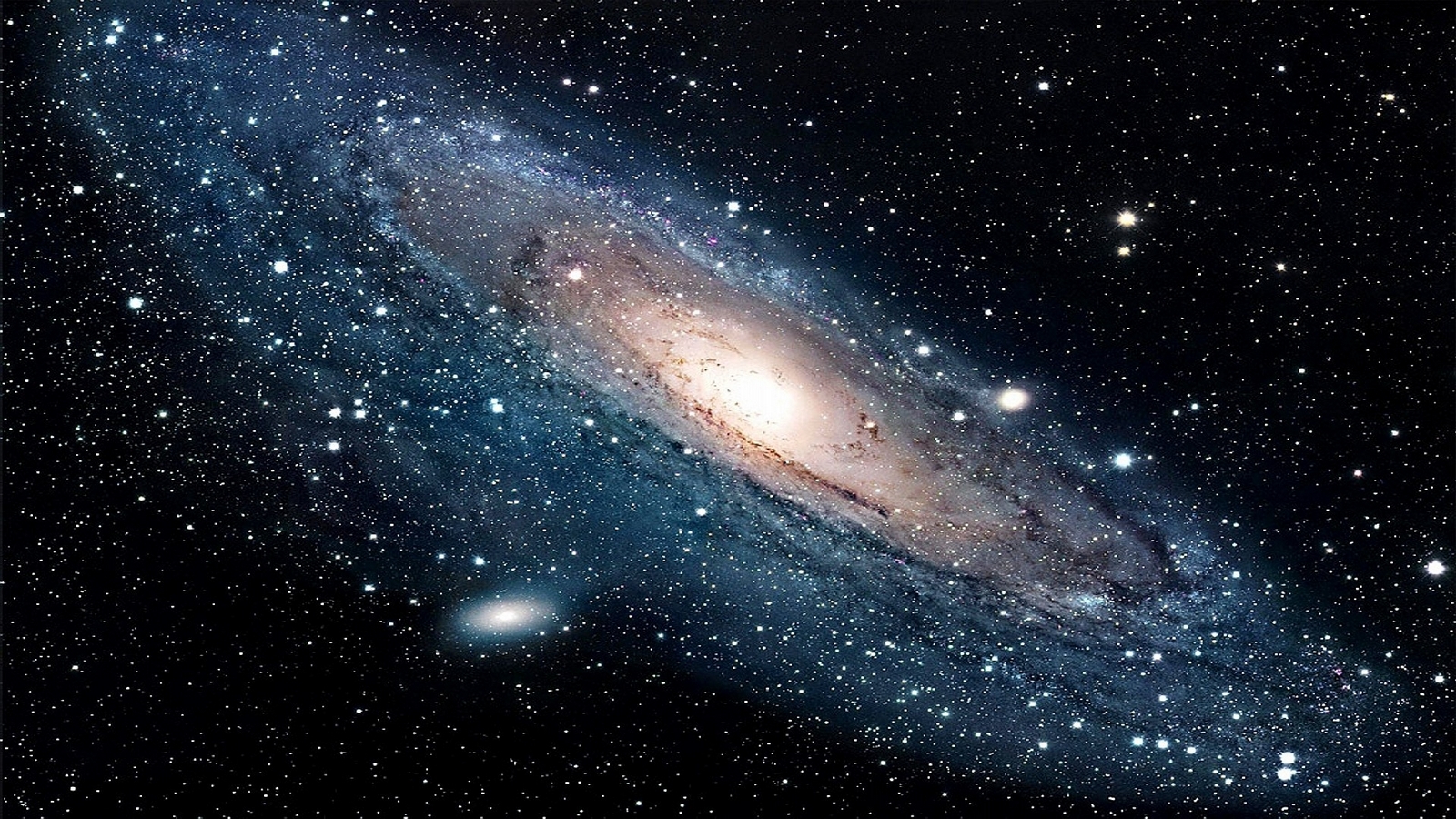 A galaxy is defined as a collection of stars and interstellar matter that is gravitationally bound together into one massive system. These systems are separated from each other by millions of light years, consist of millions to trillions of stars; star clusters; and nebulae, and contain masses that are up to several trillion times the size of our sun. There are many different kinds of galaxies, but they are categorized into four major groups: elliptical, lenticular, spiral, and irregular.

The galaxy containing Earth is called the Milky Way Galaxy because it looks like a milky band of indistinguishable matter at night if you are looking at with the naked eye. Our galaxy is spiral-shaped and flat like a disk. To date, we have counted about a trillion solar masses here, one hundred billion of which are stars including our sun. Our closest neighbors are dwarf galaxies that sit about 100,000 light-years away (a few have actually merged with our galaxy). However, the nearest giant galaxy like us is Andromeda (M31) that sits 2 to 3 million light years away.

Spiral galaxies are shaped like large, flat disks (sometimes with bar structures) and usually contain a bulging elliptically-shaped component in the center. Typically, these galaxies have long bright arms that extend outward along the perimeter. The stellar matter contained inside spiral galaxies are classified as population I or population II. Population I matter are the young stars and star clusters, while population II matter consists of older stars and stellar matter and is generally found in the galaxy’s bulge. The brightness and mass of the galaxies varies, which has lead to the development of a classification scheme. Patterns found inside spiral galaxies are transient, likely due to gravitational interplay between neighboring galaxies.

Lenticular galaxies start to form as spiral galaxies but somewhere along the way, the interstellar matter dries up. They look like smooth disk (without arms) and only have population II stars. To the observer, they look very similar in form and content to elliptical galaxies.

Elliptical galaxies have an ellipsoidal or egg shape and a brightness profile that is smooth. They primarily consist of population II matter that looks as if it has been squished into a ball. These galaxies do not appear to rotate (or move very little). However, internal stars and other stellar bodies may have radial orbits or revolutions. Elliptical galaxies are significantly smaller than spiral galaxies and, starved of star-making gasses, have low rates of star formation and few, if any, open star clusters or young stars.

There are a number of differently-shaped galaxies that become distorted due to the gravitational pull of neighboring galaxies. Their unique shapes make it difficult to categorize them as disks or ellipsoids, so this classification is reserved as a catchall.

In 1755 Immanuel Kant dubbed the term “Island Universes” to describe the appearance of distant nebulae astronomers were discovering outside of the Milky Way Galaxy. However, humans have known of the existence of other galaxies long before that and hundreds of years prior to the day when Edwin Powell Hubble confirmed the existence of the Andromeda Galaxy.

In fact, some in the community speculate that the Babylonians may have known about and recorded the discovery of Andromeda in 1,300 B.C.E. However, the first definitive instance of a historical cataloging of Andromeda occurred in 964 C.E. by Persian astronomer Al Sufi. Sufi also observed the Milky Way Galaxy’s dwarf galaxy neighbor, the Large Magellanic Cloud (LMC). In the early 1600s, Magellan and Vespucci reported their discovery of both the Large and Small Megellanic Clouds (SMC).

The invention of the telescope, which has become increasing sophisticated over the years, allowed astronomers to finally get a clearer view of the night sky and discover that there were actually billions of galaxies just waiting to be observed. In 1654 G.B. Hodierna, an Italian priest and astronomer, found the Triangulum Galaxy. M83, the first galaxy beyond our local community of galaxies, was discovered in 1752 by French astronomer Nicholas Louis de Lacaille.

Charles Messier, a French astronomer who is most well known for his cataloguing of deep sky objects, made his first galactic discovery – an elliptical galaxy named M49 in the Virgo Cluster –in 1771. By 1774, the first edition of his catalogue contained 45 deep sky objects including nebulae and star clusters. However, by 1802, German-born British astronomer William Herschel had catalogued over 2,500 objects, approximately 2,100 of which were galaxies. Not to be outdone, the Danish-Irish astronomer John Louis Emil Dreyer had over 6,000 galaxies listed in his NGC catalog and his IC catalog has almost 4,000.

In 2009, a good 1 million galaxies have been recorded by the Sloan Digital Sky Survey, but scientists have calculated that there are hundreds of billions more just in the observable part of the universe.

Galaxies are put into one of the four categories – spiral, lenticular, elliptical, or irregular – according to their appearance. They are then further categorized based on auxiliary characteristics. For example, whether they have bars or how strongly elliptical they are. More information about the Hubble Classification Scheme can be found online. The galaxies are also sometimes classified as “early” or “late” based on an outmoded model of stellar evolution. Elliptical and lenticular galaxies tend to be classified as “early” while some spirals and irregulars are put in the “late” pile.

For all of their differing shapes, sizes, and outward appearances, galaxies are a lot like humans: they have a number of things in common. They contain large numbers of stars (up to several trillions) and many of them have dual suns or multiple solar systems. Most contain some or all of these stellar objects:

Giant galaxies like Andromeda are millions of times bigger than the smallest, ranging upwards of trillions of times more massive than the smallest dwarf galaxy. The circumference of the galaxies also varies widely. Some are only a few thousand light-years across, while others will take several hundred-thousand years to traverse. Some of the biggest Messier galaxies are Andromeda and Seyfert II. The Milky Way Galaxy is no lightweight either. It weighs in at a minimum of 250 billion masses (maybe even as much as 750 billion) and has a diameter of one-hundred thousand light years.

One thing that galaxies are experts in is emitting light. They discharge light on every wavelength including long radio, microwave, ultraviolet, X, and gamma. Interstellar matter is very cool and can be seen the best on radio and IR frequencies. The hottest galactic matter is supernova remnants which can be seen on the upper end of the electromagnetic spectrum. Galaxies that form stars at a high rate will show up best on infrared.

Active Galactic Nuclei (AGNs) are intense sources of light that emit on all wavelengths. The prevailing theory of AGNs is this activity is caused by super-large central objects interacting with gaseous matter. Some galaxies, called Seyfert galaxies, have nucleuses where the super-large objects are interacting rapidly with massive amounts of gas causing them to emit very bright light across the spectrum. Others, called radio galaxies, only transmit – quietly or loudly – on the radio channel.

A few galaxies have very compact and excessively-bright nuclei that outshine the galaxy itself. These are called quasars (Quasi-Stellar objects). These objects look like Seyfert galaxy nuclei, but are very rare and can only be found in the most remote recesses of space. The closest one is 2 billion light years away in the Virgo Cluster. Lastly, Low-Ionization Nuclear Emission-line Region (LINER) galaxies were discovered by Heckman in 1980. These galaxies typically show below nuclear-luminosity in their nuclei.

Occasionally, a star goes supernova. The light emitting from a star suddenly increases in luminosity that likely outshines the entire galaxy it is in. The maximum magnitude a supernova can reach is 19 to 20. This process fascinates astronomers so much that there are some that hunt the universe like Captain Ahab in search of supernovae whale. A few supernovas have occurred in several galaxies listed in the Messier catalog.

Research is currently being conducted to determine exactly how galaxies form. At first, there were only two competing theories about the formation of galaxies: top-down and bottom-up. The top-down theory states that the galaxies formed during the first billion years after the universe began expanding. The bottom-up theory states that small clusters of material formed first and then increasing combined to create larger and larger clusters that eventually became galaxies.

In recent years, observations made using the Hubble Space Telescope and other technology have allowed researchers to put together a sort of cosmological timetable and revealing a little bit about how galaxies may have formed. Where we are located, all of the galaxies seem to be of the same or similar type and appear to have developed in the last 3 to 4 billion years. Approximately 5 billion years back, fewer galaxies have spiral arms or bars. Even further back, about 6 billion years, irregularly-shaped systems are seen more frequently as galaxies interact and merge.

Based on these observations, it would appear that about 10 to 15 billion years ago, the building blocks of galaxies were pulled out of gaseous primordial clouds containing hydrogen and helium. These blocks began collapsing under the weight of their own gravities and formed proto-galaxies. Dark matter, massive central nuclei, and run-ins with neighboring galaxies also appear to play a significant role in the formation and evolution of modern-day galaxies.

The galaxies in the Messier catalog are placed in two groups: Northern Spring/Southern Fall and Northern Fall/Southern Spring according to when they can be seen in different places on the globe:

There are some RA ranges that do not contain any Messier catalogued galaxies. This includes the places where there is interstellar matter and stars in the Milky Way band that blocks observation of galaxies behind those areas.

Some galaxies have no neighbors, floating around lonely in empty parts of space. Usually though, galaxies cluster together forming groups containing up to several thousand galaxies. Many of them are interacting gravitationally, which affects how they appear over time.

It wasn't until this century that humans truly understood the essence of the galaxy that surrounds us. It’s called the Milky Way Galaxy. Our star, the Sun, is but one of billions that make up this giant swirling structure. All of the stars that you see with your unaided eyes on any given night belong to the Milky Way. The galaxy spins on its own axis very slowly. In fact, the last time we were where we are now was about 250 million years ago. Through an amateur astronomer’s telescope, most galaxies look like dim little smudges of light against a black background. Even the view through a large telescope doesn’t show the galaxies as they often appear in photographs.

The Hubble Space Telescope can take spectacular photographs and collect valuable data about even the most distant galaxies, forcing astronomers to alter their ideas and theories of galaxy formation. And then there’s this little matter of the quasars. What are they? Are they the result of massive black holes at the center of galaxies? Or do they exist because of some other mysterious, unknown process?